Do you honestly feel that humans are generally more civilized than non-human creatures??

My experience forces me to conclude that the opposite is true i.e. the lack of civility in the human species is what sets us aside from most other species on the planet (that we are aware of). This is a conclusion that I have come to very easily. And the best example I can give, to try bring you round to my perspective, is this…
I have a major connection with cats, having spent thousands of hours in the company of various representatives of the feline race. I have studied them and to be honest, I feel that as a species, they are superior to human beings. They can sense danger and changes in the weather, communicate through mediums we can only guess at, see right through a creature’s shell and straight into their soul, jump and run with divine technique and style. they are intelligent, cunning, emotive and above all AWARE, amazingly aware of everything going on around them…what other species are said to have 8 lives????
Cat certainly do not simply live 100% of instinct, and neither do most creatures once survival has been made more likely. for instance a tiger who is starving and seperated from his/her family/society of fellow tigers, will no doubt be more controlled by instincts (EAT EAT EAT) than by his/her mind. however, that same tiger, when well fed (NOT HUNGRY) and relaxing within it’s family/society will be a different proposition altogether.once food and shelter are arranged, then most creatures begin to express their Selfs… just like humans…i.e. a desperate, starving tramp, on his last legs, will no doubt be unable to do anything but run fully off instinct (EAT EAT EAT, OR PERISH).
I find it very illogical (and sometimes egotistical) of human beings to raise this ‘mental control over instincts’ routine as a means of distinguishing our mighty race from evey other life form that we have discovered, turned into a crop/product, or slaughtered out of existance.

A seperate route to discuss is that it maybe it us, the humans, who dis-advantage ourselves, by willingly accepting the concept that we are above all the other species, then training ourselves to force mind over matter, thought over instinct. that isn’t natural.

I live off my instincts more than the average human and yes that puts me in direct confrontation with the masses, which makes communication often difficult and fiery, but also more natural and REAL.

The very essence of stifling/denigrating our instincts, is completely unnatural.

As ever I speak only for myself, and frankly I don’t expect everyone to reply to this section of my post, in the same vein it was written…but then again, maybe I will be pleasantly surprised….there must be some other members who have themselves, at some stage or another, understood these very easy to reach conclusions/insights.

Some species can be very easily ‘domesticated’ into living alongside humans. But for a ‘domesticated’ human to try live like a feral cat or dog is not so easy, in fact I would suggest this reverse would be extremely difficult. I don’t see the human manufactured world as a better place to be than in the wild. admittedly the western world is easier to survive, for me(not for evey human though), than in the wild, but not preferable. I would be far happier running with wolves in the forests…

Have you ever thought about the possibilities of furthering our own understanding of the earth and maybe the galaxy, through increasing our communication skills with some of the species who have lived on this planet far longer than humans??? Imagine what a shark might be able to tell us about the good ol’ days of 100000 BC…or what an ant might divulge of the pre-historic era…… 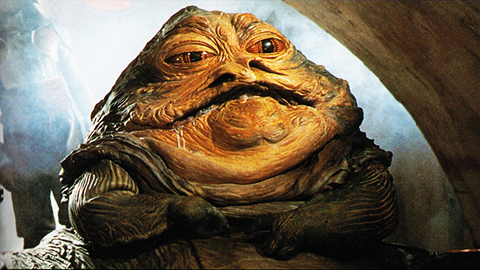 gems in the mega rough…angels and insects