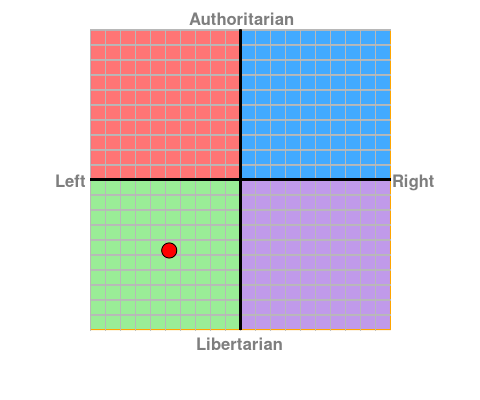 Are you left wing or right wing? Nero or Attila? Pol Pot or Pinochet? Politically speaking of course…

I have found myself embroiled in a fair number of discussions of late during which I have been accused of right wing fascism, which I don’t take as an insult, in fact I find such suggestion a comforting appreciation of my bloodline, for half of my crimson rivers were given to me by rather ardent Mussolini supporters.

One of the few stories my now despised and thankfully departed father told me, in which I found value, as mainly, but not solely, an interesting anecdote, was the following…(I have filled in the gaps in his story as logically and colourfully as possible)

My grandfather was the linchpin of a fair sized fleet of boats involved in the fishing industry. Based in Siracusa, they also had property in Libya, and fished the waters in between Sicily and the then italian ruled african nation. The family was affluent.

During a fishing expedition involving eight ships, perhaps heading to Africa, they came across an English frigate. Who sent the signal for the fishing fleet to show themselves as NON MILITARY, as civilians fishing, and to prepare to be boarded to ensure the absence of weapons.

The employees were obviously startled, yet they were fisherman, not fascist soldiers, so all would be well.

‘Now hold your horses there, buddy…no message yet from Il Capitano…’

‘But, Skipper, they will kill us all!!…Raise the fucking flag…’

‘I will raise the flag, my loyal comrade, but its not the one you had wanted…signals have been relayed…we are going to raise the fasces! The devil take us!…now stand proud and stern! we will teach these english swine a lesson with our fishing rods and nets! what use are cannons against such zeal???’

Seven of the eight boats were delivered to the depths. The family fortune decimated. Indeed, mio nonno was a fascist of the lowest order. I have often wondered if that war has been polarized into my own existence. One on side the English allies of perhaps our last righteous war, and on the other, fascist lunatics.

Whilst I probably would have taken a different direction, I can certainly relate to that demented sense and stance of righteousness. Yet to determine my political standing, and to understand more of what these fiends were banging on about wit their left and right wing manias, I took a test… 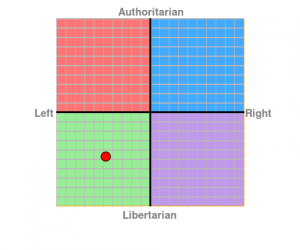 My own results appear above. A moderate Left Wing Libertarian?

Those ghouls were mistaken!

It means very little to me, and does not provide a greater understanding of the terms employed in such discussions. Though…I don’t seek that.

My own measure is simply SCUM or DECENT. I need no adherence to a political or ideological doctrine to use as a base to form my views. It is simply Right or Wrong. And I can understand if people stick to the political science that on one issue I can seem right wing fascist, yet on another left wing libertarian. The terms are mainly nonsense and close to useless to me. I simply support what I feel is Right and attack what I know in my femurs is WRONG.

Clearly I need both wings…and many isms.