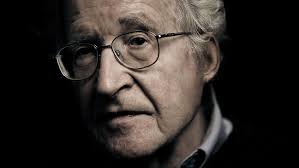 There is a sickness in our souls…

I grow tired and tense from my ranting and raging of global affairs, of matters in which my pipsqueak of a virtual and more vocal in the flesh squealing, are as futile as I fear and others suggest. Yet now and then, I come across another, of like mind, like heart, and far more brave who reminds me that anything I do to challenge, to make people think for a few seconds, to share some Truth, some reality, as indeed I perceive it, is a job well done. For its too easy to revert to the ‘humans have always been horrid, why worry, focus on your own happiness, fuck everyone else’ stance, which never fits my outline, for I feel like a fraud when I kiss my beloved nieces, I feel like a villain when I embrace the wilderness, close to knowing that this world where I can enjoy such glorious moments, is on a steady, ever more narrow path towards such moments becoming impossible…

Yes yes! Humans have always been awful, some good, some bad, power attracting the very worst, but in times long gone, we were not facing the poisoning of the planet, the destruction of the ozone layer and global warming, which will lead to catastrophic carnage, perhaps in our lifetimes, assuredly in the lifetimes of our nieces and children. And then there is the global war machine…People do not think it matters, for they dont care or cant change it. Yet I believe it does matter if we are paying taxes towards not just the mass deceit the masses consume, but more importantly the mass slaughter and destruction our taxes are contributing towards in far away realms.

Other than her first hand knowledge, other than her narrative which goes so worryingly against what we have been told, it is when she responds to the one journalist of the mainstream media, which adds such brutal value to her words. For he is instantly silenced…

I would prefer to believe in this Obama Love. Yet it doesnt tally with the reality I find through delving and finding brave souls such as Eva Bartlett…’BBC, Guardian, New York Times’…she mentions directly. This ties in horridly with my own research. In fact everything she says, as others who have actually been to Syria report, confirms the very worst of my assertions…which are hard for even me to believe – The US and England, Israel, Turkey, KSA are the main support behind IS, Al Nusra aka the invaders of Syria…They are seldom found, but when they do appear, their message is uniform>>>

These people, who to me, seem very sincere, with zero motive to be anything other, are stating clearly that this man, Assad, who we have been told, repeatedly, is a psychopathic, murderous, mass slaughter maniac…is nothing of the sort.

This war made no sense to me, especially given the overt US plan to destroy and divide Syria, from many moons ago…

There is more to this, the Brookings Institute for example…which set out the plan for close to exactly what the US has done. Yet this is a renowned, hugely decorated US general, saying the same thing…I won’t bother going into 9/11, yet that is accepted as an Islamic attack on the West, by solely the mindless masses.

The question to ask yourself of General Clark, is what could he possibly gain from telling his story?

As for Libya…maybe the drum n bass soundtrack will help some appreciate the facts presented?

I have yet to find the facts presented as ‘fake news’….

Gaddafi was a lunatic, yet he loved himself as much as his people. He confronted the anglozionist power core, wanted to free other african states from IMF debt controlled horror, his people lived generally speaking, amazingly well by regional standards…and what did we do?

Our leaders have since fucked up Ukraine, supported and armed a steady mass slaughter routine, via our great pals the Saudis, of Yemen, and continue to demonize Russia and China, who just happen to be the only nations left standing and able to say FUCK YOU to the anglozionist death machine.

Maybe you ponder this the words of a crazed conspiracy theory advocate…Maybe you find more value in attending organised ‘protests’ to appreciate 500 genders,,,Maybe you feel that humans have always been awful and so just live your life, be loving and accepting…The latter makes me smile, yet all of these stances avoid the conclusion I am unable to steer clear of, which is that our governments are owned by power which is destroying the planet and millions of people, in our name, with our taxes…And even if you just want to live your life right, be real, be open, be decent, you and I are both paying into a system of planetary trauma…

I am too far gone into dealing with too much Fact to worry if friends and family wish to put a hand on my shoulder and say ‘steady on, Serpico! its all going to be okay…’. Because it is not.

This age is so much more pivotal than the many are led to believe…Yes yes! focus on social media campaigning to make it an insult to call a female a lady, to make it a cult of self through moral crusading for the non binary, non cis love is love 0.0000005%….Yes they matter, of course they do, as everyone matters, and love is love…but…what matters more to me, and it should do to them, is that we are paying taxes to destroy millions of people…and the planet we can only ever know as home.

We paid to kill a million people in Iraq…who had no WMD.

We paid to destroy Libya, who were the strongest economy in North Africa, amazing assistance to prosper.

We invaded Ukraine to light a fire in the backyard of a nation we consider a threat.

We supported a butchering invasion of the most brutal scum the world has known since the nazis.

The sickness of our souls is that we know this, but turn away to watch and speak of the Bachelor and My Kitchen Rules and repeat the lines of Utopia in the workplace, read prescribed scripts.

Some suggest I am an anti semitic pigfucker…yet to be against the genocidal regime in charge of Israel is not anti semite…for zionism is an extremist political movement. I have nothing against Judaism. The jews are generally well meaning, peaceful people. They wear funny hats, and employ odd beards, but they mean peace…they are not Zionists.

These thousands would not consider my position as anti semite…FOr they harbour the same disgust with a genocidal regime which projects its power very much above the US government and most European governments, for money is power and they have so much power of the media, and the financial institutions. I am not against Jews, I find their beliefs silly, as I do of most religions, but I do see a very clear difference between orthodox Jews and Zionism. They are not one and the same…

When I see a mixture of old anglo cultish old money power aligned with zionist power, at the top of a pyramid whose overt and covert design is global control, which includes risking the end to all possible existence of LIFE on the planet, I am behooved to rant and rave and hope to spread awareness…to inspire a rebellion.

If you have any hope for the world you live in, and the world you hope and assume your children, or in my case, my nieces, will inherit, I strongly urge you to take note.

Find me a maniac…by all means..but I challenge you to consider the same of this glorious, immensely smart truth teller>>