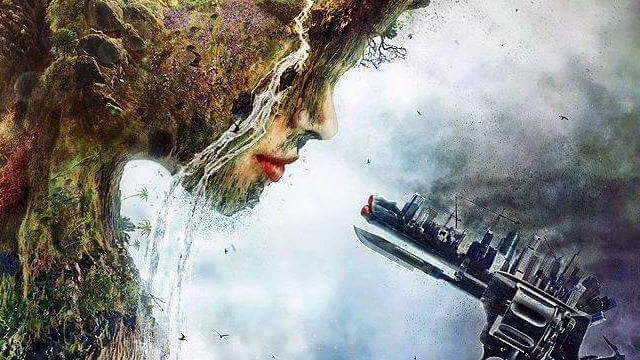 and well aware how I can appear a self absorbed freak,

for I see myself as mixed between humanity and the animal kingdom,

and when I realise a human has nothing to offer,

through offering some of my weirdness…

There is much weasel in my nature,

even a hint of killer wasp,

yet when I speak,

and what I hear,

of the reflections beyond the impact of my own words,

is more fake and brainwashed than real.

dig deeper to seek some howl and fang,

for what moves me,

what makes my roots deep down shudder and bristle,

send messages to the surface which rumble and roar with electricity,

is someone speaking to me from their animal instincts,

This has become more a projection of my hopelessness,

treat all who come before me with my natural zeal to play or help or know by showing them my shadows,

yet tempered and ever second fiddle to my appreciation of another heart and soul meeting my own.

Too many now indoctrinated into barely concealed yet easily consumed guidance and their regurgitated hate speech,

bigoted and worse than those they condemn,

with synapses for critical thinking switched off,

and the worst of it,

They are told who to hate without thinking who is telling them to hate.

They prance upon virtual moral high ground always absent of any acceptance that they are worse than beasts they deem the enemy of all that is good for the world….

they hurt people who love them when stuck on REPEAT,

of hate speech packaged as do goodery,

and so puffed up their pride becomes,

that all that matters is love….

ANd hate born of showing love and finding savagery beyond need to survive in response.

Where are the other animals in human outline?

I seek them, need them, hope they accept me when I find them,

in pouring towards them my essence in flash-floods human sounds and weasel body language,

then fear of the response,

and from hopeful, desperate for connection,

i’m transformed into the fox in the chicken coop…running for cover of branches and thunder.

yet those who matter,

hear my fox wannabe wolf squealing as something they know of the rain,

found in the gutter…facing up and sneaking, ever furtive and fervent,  in between the humans,

passing it all off as poor jesting and nervous energy…

I am guided not by human reason,

The older I get the more I understand,

that there is little nourishment to be gained by dealing with people who havent suffered.

nothing to spark my sense of tribe.

other than in heart,

though I am built of more than this,

and benign expressions of my accursed species,

whilst welcome and good for the world,

neither inspires or appeals,

For the only heart which can do this

is found in a lioness,

which has more to consider than pleasant and nice,

She is focused on survival,

and will kill for this or die for this.

just those around her who matter.

for good and ill,

they are her Pride.

And source of Joy and Belonging.

the role of a poet..

is not to try relate,

not to seek vapid homage from the worst of homogenised humanity,

to delve deep in their own abyss whilst doing so,

and climb out that murky realm of intensity of agony and bliss,

where chimeras and ghouls loom ever larger and more vicious,

The role of a poet is not to seek applause,

the poet of the wilderness,

hoped to be one with,

which fewer and fewer have switched on in their mangled synapses.

Poetry is about heart and soul,

written solely for the source of the sensation which moves deep down,

in all that matters most.