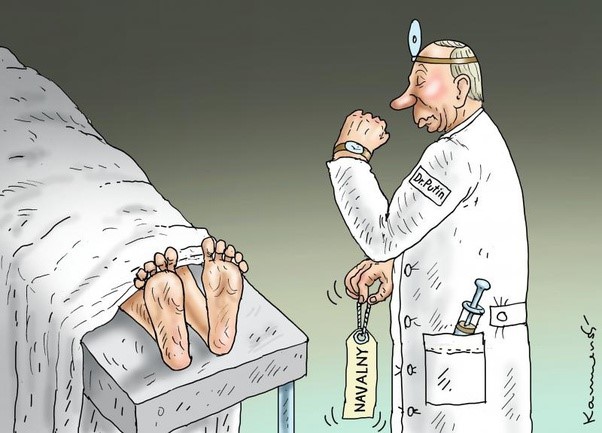 Just like the Skripal saga, the same platforms all connected to the corporate elite and intelligence agencies in the West are megaphone repeating the condemnation of

Also the same is the complete absence of :

By the way, where are the Skripals? Those poor souls Putin allegedly tried to have killed 2 years back? With the ‘most toxic nerve agent ever created’ that seems rather ineffective!

They remain likely either dead or in UK custody. Its probably the former by logical analysis, for the more plausible narrative than the ridiculous routine the UK government and mass media published is that Yulia was en-route to help her father get back to Russia. Possibly something to do with the Steele dossier. Or some other UK sensitive information he was privy to.

Whatever Sergey was aware of, possibly wanting to get out of the UK out of fear of the UK security forces, he was not allowed to tell. So great the need to silence him that they took his daughter out as well! The plan to get him out of the UK ties in more logically with the GRU agents at least somehow in the same city (yet pictured nowhere near Skripals or Sergey’s house – whilst on CCTV for almost the entirety of their field trip). An extraction routine perhaps which the UK intelligence agencies intercepted? or which was inspired/triggered by Russian forces intercepting plans to hide/silence Sergey?

Add to this that it was the year of election for Putin and Russia were to host the World Cup – what possible motive makes it seem a great idea to poison a father and child for the world to see and sign the bodies as ‘RUSSIA DID IT!’.???

As for poor Yulia, the one ‘public’ appearance in a garden in england, after the poisoning showed her healthy, lucid…and also expressing something off the script that she had been given, by saying she wanted to go home, as in to Russia. Curious eh? Julia was evidently under the assumption that –

it was not the russian state who poisoned her.

She was not safe where she was

All of this is more reasonable that the version most assume which was repeated a million times by the usual crowd of corporate and compromised ‘media platforms’ precisely because these conclusions are the most simple.

‘highly likely’ with zero proof, is not proven guilty.

As with the UK government before, the Germans refuse to share their ‘novichok’ sample with the russians.

How dare the russian government expect to see the evidence against them! What a ridiculous idea! Because that isn’t how justice works in the West! No thank you, we don’t need to show the accused the evidence upon which they will be convicted, it must always be enough for the prosecution to simply say-

‘they did it! we are sure! no evidence but we have it. Some confidential person, told us of something that emerged, and that its highly likely, so there, sorry, cannot show them to you or name them, but trust us…they did it!’

It is an amazing insight into the herded lemming mentality of most westerners that they believe such tripe and have seemingly no capacity for critical thinking.

Navalny is a pipsqueak in Russia, at least politically speaking.

He has no growing support, offers no threat to Putin or the Russian state higher-ups.

He is also married to a KGB family with some curious connections in London, now very much entrenched in the upper echelons of british high society.

Navalny is also when it suits a jolly far right nationalist, and has been on the payroll of guess who eh??? The CIA!

The NED has sub-units: National Republican Institute, which is headed by Senator John McCain, the man who played a key role in the 2014 USA coup d’etat in Ukraine. The National Democratic Institute, tied to USA Democratic Party and chaired now by Clinton Secretary of State and Serbian bombing advocate, Madeline Albright. The NED Board of Directors includes the kernel of the Bush-Cheney neo-conservative warhawks like Elliott Abrams; Francis Fukuyama; Zalmay Khalilzad, former Iraq and Afghan US ambassador, and architect of Afghan war; Robert Zoellick, Bush family insider and ex-World Bank President.

Among projects in Russia the NED financed in 2014 according to their abridged annual report was $530,067 under a category, Transparency in Russia: “To raise awareness of corruption.” Are they working with Russian prosecutors or police? How do they find the corruption they raise awareness of? That naturally also has a side benefit of giving Washington intimate details of corruption, real or imagined, that can be later used by its trained activist NGOs such as Navalny groups. Another project under their NED heading, Democratic Ideas and Values: $400,000 for something called “Meeting Point of Human Rights and History–To raise awareness of the use and misuse of historical memory, and to stimulate public discussion of pressing social and political issues.” It sounds suspiciously like the State Department’s recent campaign to rewrite the history of the Second World War and the fact that Russia and her affiliated Soviet regions lost 27 million lives in bearing the brunt of the victory over Hitler.

Another curious thing about Navalny, not sure where this goes other than some probably far-fetched pondering of connections as an asset of the Russian state…he has been arrested many times, even arrested when on some kind of probation (which usually 100% leads to prison), and yet every single time, he is in custody just long enough to arrange his release…

What is reported less often about Navalny are his nationalist leanings, ties to neo-Nazi groups, xenophobic comments and extreme anti-immigrant views. References to Navalny’s nationalism in the West are usually ​buried or brushed off​, while the headlines sing his praises.

Many Navalny supporters are extremely anti-immigrant, particularly when it comes to newcomers from the Caucasus and Central Asia. Many see Putin as playing a part in the destruction of the traditional fabric of Russia. Navalny himself has played a role in skinhead marches in Moscow and earned the sympathies of extremists. In other words, if he were an American, liberals would hate Navalny far more than they hate Trump or Steve Bannon — and yet he is glorified and exalted as Russia’s last, best hope.

In a bizarre video, Navalny appeared to compare people from the Caucasus to “cockroaches” that need to be exterminated. While cockroaches can be killed with a slipper, he says, for humans he “recommends a pistol.” Navalny supporters claim it’s all just a joke.

Dictator vs. democrat? Not quite: Russian opposition leader Alexey Navalny is no progressive hero

The idea that Putin had Navalny poisoned, then ensured that doctors worked for 44 hours to save him, then allow him to be transferred to Berlin…makes no sense.

Navalny is known for his connections to the US government and media. The only outcome would be mega condemnation, and more sanctions. And it takes a true fool to assume Putin is that dumb or maybe some kinda sleeper cell secretly out to destroy Russia?

Also, the russian ambassador has been asking the germans for proof. They refuse to give this proof.

Oddly enough with the allegations of the Skripal poisoning, the Uk government refused to give the russians proof. And yet…some of their deceptions with other nations came out to reveal their duplicity.

Austria officially confirmed this week that the British Government’s allegation that Novichok, a Russian chemical warfare agent, was used in England by GRU, the Russian military intelligence service, in March 2018, was a British invention.

Add to this the steadfast refusal to share the sample with Russia, and the OPCW swiss lab – one of five who investigated the sample given to them by the UK>

The only time the OPCW uses the term “nerve agent” it is prefaced with the caveat “allegedly.” The description throughout is of a “toxic chemical” being deployed on March 4 against the Skripals. The OPCW does not name the chemical, nor does it identify its origins. On both counts, this fails to substantiate the claims that were at the centre of the British government’s misinformation.

All the OPCW summary does is “confirm the findings of the United Kingdom relating to the identity [not the origins] of the toxic chemical that was used in Salisbury and severely injured three people.”

Oddly, the OPCW states that the toxic chemical involved was of “high purity” with an “almost complete absence” of any impurities. … … and highly diluted.. even if those properties directly contradict each other. (10)

The Skripals Have Survived but They Are Not Safe: The Novichok Fraud Should Bring Down the UK Government – Global Research

So what we actually know, from the OPCW is that –

Next, we have two publicly available appearances of Yulia Skripal.

When the cousin told her she planned to visit London to see her soon, Yulia replied,

“They are not going to give you a visa, Vik.”

Yulia said that her father was “resting now, sleeping,” and “slightly choked up”, she added that

“everyone’s health is normal and there are no irreversible things.”

Not long after we found the only physical appearance of Yulia, in a staged, scripted garden scene, where she was clearly reading from a dialogue written in front of her.

She was very clear in stating that she wanted to go home to Russia.

The most simple conclusion of this is that whatever she had been told, Yulia had no suspicion of the Russian State behind the alleged attack…else why the hell would she want to return there?

I won’t go into the complete absence of evidence of the perfume bottle, of the insane claims of GRU agents handling enough mega poison to kill 1m people! Or their fraternising with local street walkers or steady coverage by CCTV and zero tying in with the Skripals.

Nor will I bother going into detail of Porton Down Uk chemical weapons lab just down the road from the Skripals incident.

Just stick with the most simple conclusions –

Again, let’s go with the most simple solutions, I know some haughty types love to reference Occams Razor, and why not eh?