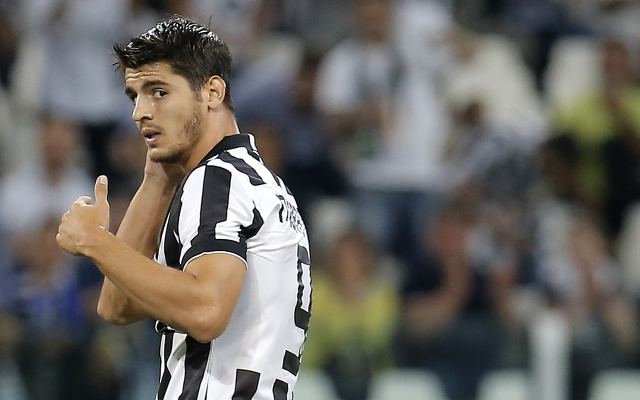 Return of the King

We approached this game with the knowledge that a win would put us 14 points clear at the top and the aim of finding some momentum and form in the lead-up to our crunch tie mid week against Dortmund.

Palermo, whilst sitting in tenth spot in the table had been – as could be said of Juve – in a poor run of form. Yet in Dybala and Vazquez, they have arguably the finest front pairing in Italy. Both hot properties with rumours abounding of interest from not only the top sides domestically but also abroad in England and Spain.

With Vidal rested, Pogba suspended and Pirlo remaining on the comeback trail from recent injury, our midfield in the 3-5-2 Allegri deployed looked very odd indeed. A first start for 22 year old Stefano Sturaro on the left of a make-shift triumvirate, with Marchisio as the regista and Pereyra operating on the right.

As for the defence, it was wonderful to see Barzagli given his first start of the season after recovering fully from a lengthy injury lay-off, and the tried and tested BBC rearguard was offered its first serious outing of the campaign. Of some concern as always, was the appearance of Paolo De Ceglie in the left wing-back role.

Both sides showed a very similar shape which led to a congested midfield and the focus of each attacking endeavour rooted in long balls to the forwards, leaving the game far from an engaging spectacle. As both teams defended hard and gave little space or time on the ball to their respective foes chances were running at a premium.

Very little to shout about from the opening 45 minutes, and it wasn’t until the ineffective Llorente was replaced with his compatriot Morata on 6o’ that we began to look more adventurous.

Morata’s goal illustrated the major differences between our spaniards. Whereas Llorente relies on solid service, and seems employed to act as a focal point, to bring others, especially marauding midfielders into play, Morata is able to create something out of seemingly nothing. He is also much quicker and confident taking a man on. The manner in which he turned the defender, made room for the shot and despatched a beautiful curling left foot strike past the despairing Sorrentino was a flash of the flair that had been missing all game, from both sides.

Reasons to be cheerful 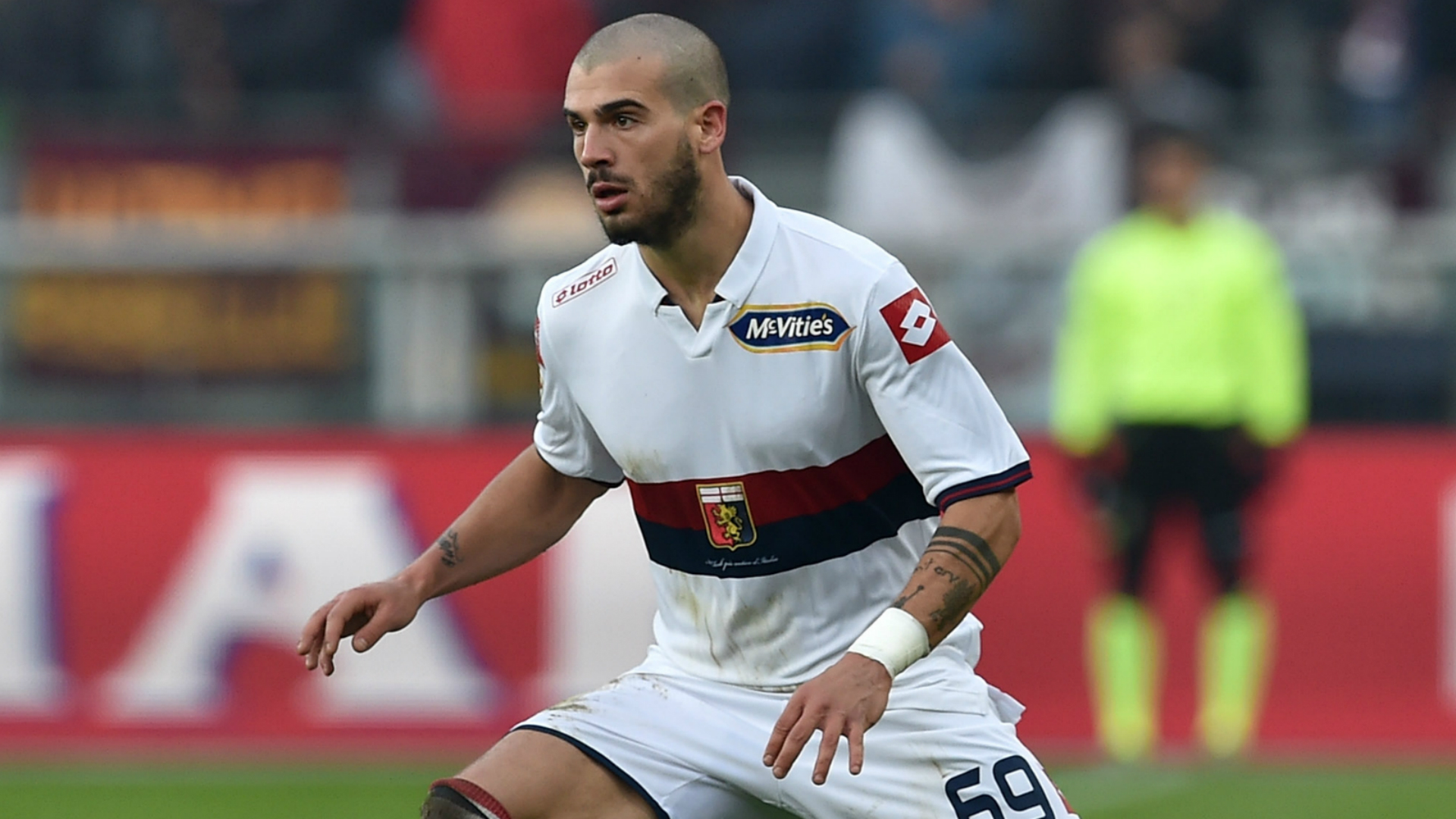 I like Sturaro. He is very combative, eager to be involved and has an eye for a pass. Despite his half time substitution I thought he had a decent debut and was far more of a force in the first half than his counterpart on the right, Pereyra. He appears a quality signing and at just 22 years of age he has not only plenty of time to develop but some world class midfielders in the squad to learn from. Reminded me in some ways of De Rossi. Minus the evil eyes…

Barzagli is back. And with his return to the back-line came one of our finest defensive showings of recent months. Palermo were barely afforded a sniff of goal for the entirety of the game. Yes he looked rusty, a stray pass here or there and one mistimed interception leading to a yellow card for his tactical foul of a recovery, yet even that had class. Other than which, it was truly wonderful to see our defence appear far more assured than of late. Against the most potent attacking duo in the league. Will he be ready for Dortmund? I would play him. For he remains out most intelligent defender.

Alvaro Morata’s goal was classy. He could have had added to his tally and to that of the team as a whole, had his decision making proven more efficient. Yet credit must go to the match-winner. His speed and dribbling, combined with a selfish hunger to strike on goal make him not just a handful for opposing defenders but a joy to watch in full flow. He has the makings of a true weapon. The more he plays the better. For given Tevez loves to roam, they need to play together more often to glean any semblance of an understanding.

We won the game. A draw would not have been unfair, though neither was our victory. We created the better of the few chances, were far more resolute defensively and kept Dybala and Vazquez quiet and bothered, all without the services of several key first team players.

Back to his best, Chiellini subdued Dybala with confidence and strength.

Defensively we were superb. Covering space, man marking (chiellini did a wonderful job on Dybala), diving into blocks…Buffon did not have one key save to make. Barzagli brings out the best in Bonucci and Chiellini, for they play with more assurance and obvious cohesion in his company.

Squad depth was shown to be lacking in quality. We won the game with a moment of magic, created very few clear cut chances, or even half chances and the lack of creativity in the midfield and wide left areas was telling and at times cringeworthy. Pirlo’s gorgeous skill on the ball was missed perhaps less than Pogba’s dynamic and expansive array of talents. Llorente did nothing to suggest he is anywhere near a first choice striker. Pereyra was non-existent for the entire first half. And as for De Ceglie… De Ceglie, as always, eyes off the ball…

The highlight of Paolino’s game was a foul on Dybala. His one cross of anything approaching useful value was a tackle. He made no challenges of any potency, was rarely seen in the left back region, took a dive in his own area for no good reason at all, and generally looked hapless. When I am happy to see Padoin replace any player, there is clearly a problem.

De Ceglie has never been one of my favourites, in fact, he is time and again proving himself the least talented footballer I have ever seen don our colours. His positioning is atrocious, his passing woeful and we were fortunate that his attempt at an overhead kick didn’t injure Tevez. It beggars belief that he ever plays let alone starts for a team of Juve’s stature and ambition. At one stage, Lichsteiner appeared on the left to do the work of Paolino, as well as his own. He is a non-player.

Our form in the final third remains haphazard. Tevez is in a fine state physically, but he had too much work to do in absence of support from others. As an advert for Serie A, we looked far from convincing or entertaining.

The commentators on Bein sports are regularly woeful. There is something uncouth to my ears to hear americans commentate on football, which I do not consider racist, for there is nothing racist about suggesting that I would feel the same to hear a thick chinese accent performing an audio book rendition of Pride and Prejudice. This sentiment is worsened when Andres Cordero routinely mistakes players. It spoils the atmosphere. And whilst Matteo Bonetti was less awful, he nonetheless repeated several times, when a player was about to embark on a run forward ‘going to the races’. From where has he gathered the idea that ‘going to the races’ is applicable in football?? His worst bout of mong though appeared when a Palermo player was crunched to the floor by a glorious Lichsteiner poleaxe…Bonetti remarked ‘a tasteful of dirt’. Maybe they are trying too hard? regardless, they should study some Motson or Moore or Davies or Hall, even Martin Tyler. Learn the ropes from those who know the game.

A 14 point lead at the top of the league is far more comforting to ponder than the way we are actually playing. The massive match against Dortmund will see the return of Pogba, Vidal, Morata and Evra from the start which will make a huge difference to our potency. As those behind them in the ranks, are of a significantly lesser quality.

Much needs to be done in the summer mercato. De Ceglie MUST go. He is a sickness to the soul of the side. Llorente also will probably be shown the door. The sole area where we have massive strength in depth is at CB. Perhaps we could add in at RB, as Caceres can offer a solid and often adventurous option in the role. Other than which…

We have only two strikers of serious menace in Tevez and Morata. One of whom remains young and a diamond in the rough. Their reserves are presently not showing much zeal. I would be happy to see Llorente and Matri leave and in their place, Berardi and Zaza appear at Piedmont.

Evra is growing long in the tooth so will possibly be moved on, in which case it is essential that we find a quality LB/LWB. Asamoah will return but I scowl at the idea of Paolino providing his back-up and challenge.

In midfield, Sturaro looks interesting. Seems a good pretender to Vidal’s presently uncomfortable crown. It is the absence of a natural regista which concerns me. Marchisio slots into the role well enough, but his output is barely a tenth, in terms of creativity, of the bearded wonder. Although he offers more defensive stability in front of the defence.

Our form is not great, yet the defence looks hugely improved with the return of Barzagli. I hope he plays in Germany, for we need an experienced, calm and intelligent head to deal with the yellow frenzy,

Alvaro Morata’s moment of magic won the game for Juve

Continued domestic dominance, star players to soon return, we should be positive. Our season aims now rest hugely on the champions league decider.